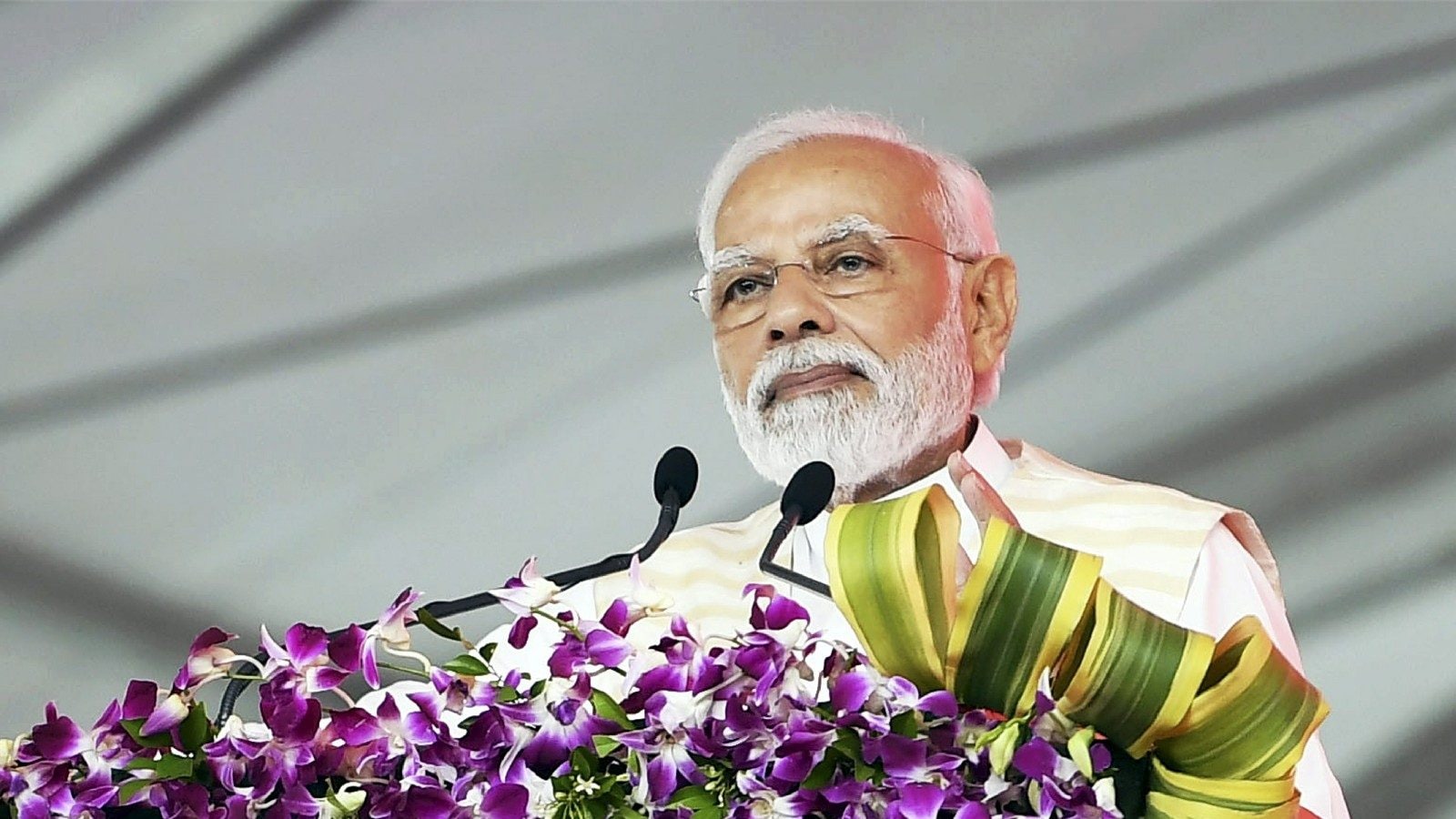 Prime Minister Narendra Modi on Wednesday said exports of Indian defence products have increased eight times in the last few years. He said that there has been an increase because the world is now trusting technology being offered by the country and asserted the newly-launched 5G telecom service would take the education system to the next level. On his latest visit to his home state of Gujarat, where Assembly polls are due in the new few months, Modi inaugurated the Defence Expo 2022 ( DefExpo) in Gandhinagar and took part in a host of other programmes.

He said the decision of the Indian defence forces to buy a majority of the indigenously made equipment shows the capacity of his government’s ‘Atmanirbhar Bharat’ (self-reliant India) initiative.India has made its place despite the monopoly of a few manufacturing companies in the defence sector globally, he said.

Defence product exports from India reached about Rs 13,000 crore in 2021-22 and “we have set a target of Rs 40,000 crore in the coming years,” the PM said.At the expo, aimed at showcasing India’s defence manufacturing prowess, Modi laid the foundation stone for a new airbase at Deesa in Banaskantha district of north Gujarat near the India-Pakistan border and said it will emerge as an effective centre security.

“The country has come a long way as earlier we used to release pigeons and now we release cheetahs,” he said.On the issue of maritime security, Modi talked about his vision of the ‘Security and Growth for All in the Region’ (SAGAR). India’s engagement in the Indo-Pacific region is inclusive, he said.

Today, from international security to global trade, maritime security has emerged as a global priority. The role of the merchant navy has also expanded in the era of globalisation, he said.The world’s expectations from India have increased, and I assure the world community that India will fulfil them. Therefore, this Defence Expo is also a symbol of global trust towards India, he said.

The PM talked about India’s relationship with Africa and said it is based on the “time-tested trust which is further deepening and touching new dimensions with the passage of time.He said exports of Indian defence products have increased eight times in the last few years.

“The world is trusting Indian technology because the our armed forces have proved their capabilities. We are exporting defence materials and equipment to more than 75 countries,” the PM said.”Our policies, reforms and the ease of doing business have played a big role in reaching this point. India has earmarked 68 per cent of its defence budget for Indian companies. It’s a big decision, and has been made possible because of the progressive leadership of the Indian armed forces,” he said.

The PM said the decision of the defence forces to buy a majority of the equipment made in the country shows “the capacity of ‘Atmanirbhar Bharat’ and also symbolises the rising confidence on defence materials made in India.” “More than 400 equipment will be bought only under Make in India (initiative). Such a huge budget will strengthen the pillars of Indian companies,” Modi said.At another event, the PM said the 5G telecom service would take the education system in the country to the next level as the latest technology will go beyond “smart facilities, smart classrooms, and smart teachings”.

He asserted the New Education Policy (NEP) will pull the country out of the “slave mentality” surrounding the English language.The prime minister was speaking after launching the Gujarat government’s Mission Schools of Excellence initiative at Adalaj town in Gandhinagar district.

He said knowledge of English was considered as a mark of being intellectual even though the language is just a medium of communication.”Recently-launched 5G service will go beyond smart facilities, smart classrooms, and smart teachings. It will take our education system to the next level,” the prime minister said.

He said students can now experience virtual reality, the Internet of Things, and other cutting-edge technologies in their schools with the help of the 5G service.The PM, who is on a two-day visit to the state, said the Bharatiya Janata Party (BJP)-ruled Gujarat has experienced a drastic change on the education front in the last two decades.

“During the last two decades, the Gujarat government has built 1.25 lakh new classrooms and inducted nearly 2 lakh teachers. Television sets were installed in 15,000 classrooms a decade ago. Today, attendance of nearly one crore students and 4 lakh school teachers is being marked through online mode,” said Modi, who served as Gujarat CM before becoming the prime minister in 2014.Speaking at a rally in Junagadh in the Saurashtra region after launching development works worth Rs 4,155 crore, the PM slammed those who constantly `abuse and insult’ Gujarat and asked people to teach them a lesson.

Without naming anyone, he urged the people of the state to stay away from “pessimists” and those who “dish out lies”. “If anybody from India achieves something or is successful in something, as an Indian you will be filled with pride or not? If scientists from South India become successful in ISRO (Indian Space Research Organisation) you will be happy or not? If a youth from Haryana bags a gold medal in the Olympics, you will be happy or not?” Modi asked the crowd.

“Of course, any Indian will be happy with the achievements of any other Indian living anywhere in the country,” he added.Some political parties believe “their ideology is incomplete” if they did not abuse Gujarat and Gujarati people, he further said.

“Don’t you think time has come to teach a lesson to those who abuse and insult Gujarat and its people day and night? Should we tolerate those who defame Gujarat?” Modi further said.Addressing a gathering in the Race Course area of Rajkot city after launching a host of projects, including houses for the economically weaker sections, the PM expressed confidence aeroplanes will soon be manufactured in Gujarat.

Praising the engineering industry in Rajkot district during his address, Modi said, “Aeroplanes will be manufactured in Gujarat soon and their spare parts will be made in Rajkot,” he said. Some leaders built bungalows for themselves after coming into politics, but did not do anything for the poor, he said without mentioning anyone.