With China Running on Fumes, Time for India to Go Full Steam Ahead, Say Experts 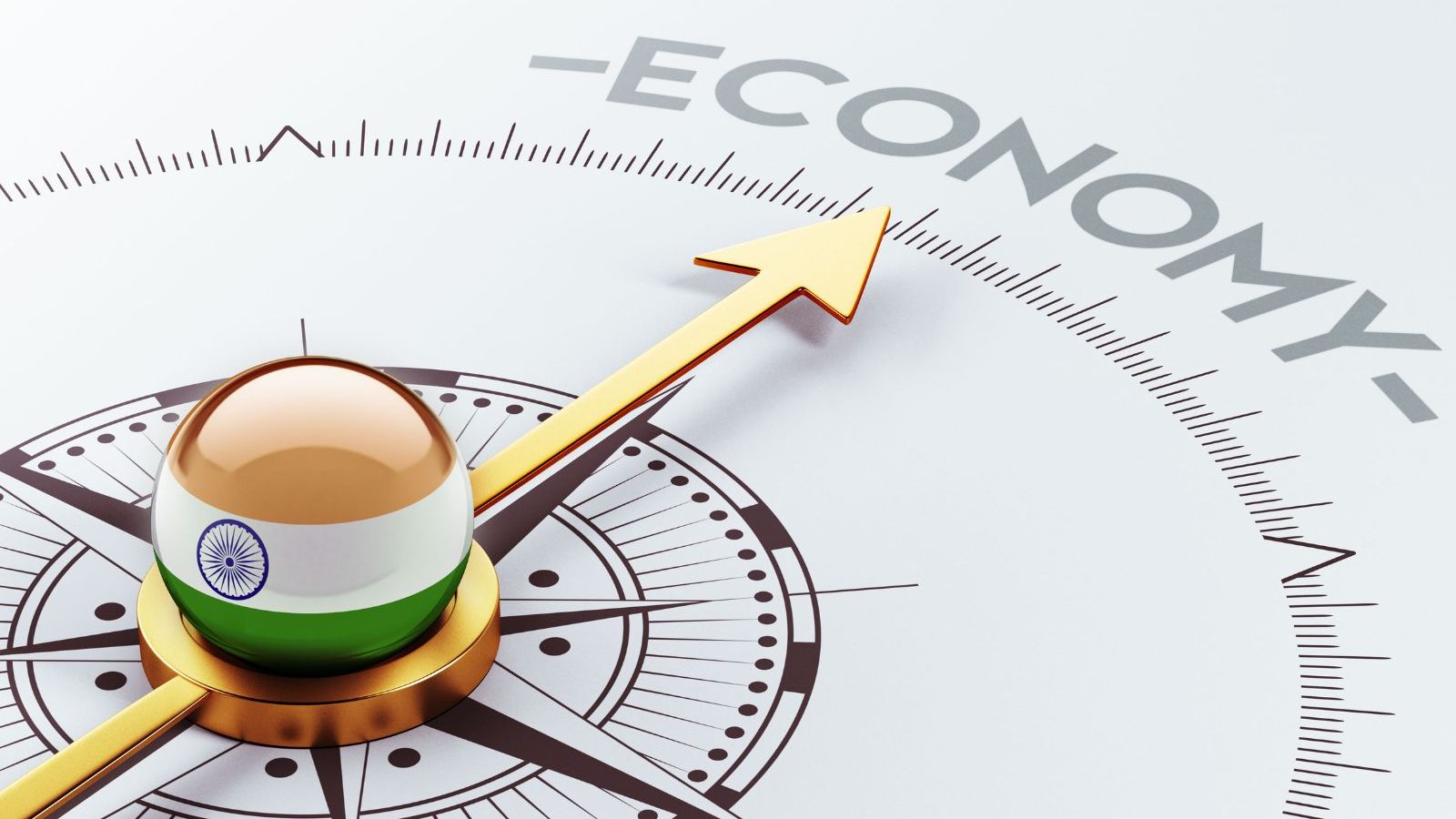 Xi Jinping has inaugurated the 20th National Congress of the Chinese Communist Party (CCP), reiterating his hardliner policies that aim to tackle corruption, regulate private industries, integrate Hong Kong with the mainland China system run by the CCP against the global mandate, and to take Taiwan forcibly if dialogue fails, even if the United States is standing with the island nation. His 2022 address mostly repeats what he had said during the 19th CCP National Congress in October 2017 but in a more aggressive way.

He has defended his ‘zero Covid policy’ that is being seen as one of the major reasons behind China’s economic slowdown apart from the Russia-Ukraine war and the possible recession in Europe and America that means sagging demand and thus reduced import. China is the world’s manufacturing hub with 28.7% of the global manufacturing output, says data from the United States Statistics Division. The country alone accounts for 15% of the export.

But the series of lockdowns the country is witnessing this year have put a significant dent in its economic performance, hitting 35% of the Chinese GDP, says a Goldman Sachs analysis. While most of the world had one clear way to handle the pandemic in mind, to learn to live with it, China’s ‘zero Covid policy’ stands at the other end. Even if very few cases are detected at a particular place, the larger area surrounding it, including all its social and industrial establishments, is put in complete lockdown mode with forced mass testing targeting every person. Most Chinese cities including the industrial ones like Shanghai, Shenzhen, and Chengdu were locked for many weeks under the policy that critics call draconian.

A Chinese slowdown that is expected to continue with Jinping’s increased emphasis on the ‘zero Covid policy’, combined with the chances of a recession in Europe and America means good things for India, the other major economy that is being seen as the “only bright spot available in the current economic scenario”.

India is currently the fastest-growing major economy and its economic growth has been praised most recently by the International Monetary Fund (IMF). Calling India a “bright spot” in the current global scenario, IMF MD Kristalina Georgieva said, “India has been a fast-growing economy, even during these difficult times, but most importantly, this growth is underpinned by structural reforms.” The country’s strong comeback on the economic front after the Covid crisis has been welcomed and congratulated by the IMF, the US Treasury, and other countries and multilateral organisations. Georgieva said India “will leave a mark on the world for years to come” while praising its digital transformation.

CNN-News18 spoke to some expert voices on the issue to get an idea of what lies ahead for the country and the challenges it faces.

India’s rising economic potential cannot be linked with China’s slowdown, said Niraj Srivastava, a former diplomat with career stints in the United States, West Asia, and Europe, adding that it does add to India’s chances to perform better. “The sustained lockdown and unfair practices against the business entities in China are forcing many multinational companies to find an alternative. Some of them have shifted to India or are in the process of shifting. Combine it with the Covid-induced slowdown, leading to sagging production, and it means India is an alternative choice for future direct investment by other countries and multinational corporations,” he said.

According to Srivastava, India’s young population and its large workforce are going to be major factors in the country’s growth. It is complemented by India’s positive efforts to attract foreign direct investment to the country by developing an infrastructural network across the nation to ease supply chain problems, he said.

A Michael Spence, a Nobel laureate and professor of economics at Stanford University, called India a key economy of the future. Professor Spence said “India is an outstanding performer” in the current global economic situation, in an interview given to the Economic Times.

While speaking to CNN-News18, Professor Nagesh Kumar, director of the Institute for Studies in Industrial Development (ISID), a Government of India-owned premier policy research institute, said the Indian economy appears like a beacon of stability and growth when juxtaposed with the fact that major economies are getting into the grip of recession and high inflation. With its robust macro fundamentals, acceleration of industrial growth (IIP) in the past few months, and a relatively good monsoon, the Indian economy is expected to grow at a rate of around 7.0% in 2022-23, which will make it the fastest-growing major economy in the world, he said.

On China’s slowdown and global recessionary trends, Professor Kumar added, “China has been having a very subdued growth outlook in 2022 of around 3.2%. Besides the global recessionary trends hurting China’s export engine, continued lockdowns in many parts of China are complicating the recovery. In the medium and longer term, China will have to adjust to a slower growth rate due to a rapidly ageing society and declining working-age population. The export engine of China is also going to be affected by the growing trend of de-risking the supply chains by diversification on a China+1 basis by multinational companies in the west following the disruptions in production in China since the onset of the pandemic.”

India is a big market. The country is currently a $3.17 trillion GDP economy. It is projected to transform into a $30 trillion economy by 2048, says an Ernst & Young study. A 10-times growth in 26 years means a spectacular business opportunity. It coincides with India’s own internal commitment to become a developed economy by 2047, the year when it completes 100 years of Independence. It will be a big market that no other country would want to ignore.

India had been on the rise economically even before the Covid crisis; from 2013-2018 it surpassed China as the fastest-growing major economy, averaging 6% to 7% GDP growth annually, said Irina Tsukerman, a geopolitical analyst and the president of Scarab Rising, Inc.

India’s strong comeback post the Covid pandemic is pushed by its strong domestic demand. Tsukerman said the middle class in India has grown significantly and is also vibrant, and conspicuous consumption has increased as well as an indicator of growing personal discretionary income.

The global recessionary trend will affect India as it is connected with the EU and the United States but it will also remain largely insulated relatively to the West due to strong domestic demand, said Arvind Sharma, a PhD in Applied Economics and a faculty member at Woods College of Advancing Studies at Boston College. He sees the prospects of foreign direct investment from the Western block of nations shifting from China to India.

Added Nima Olumi, CEO of Lightyear Strategies and a seasoned economist, “As costs rise in a world of inflationary markets, along with the world’s increased connectivity, jobs will go to labour markets where workers are cheapest and most wholesome. India will and should continue to expect a compounded rate of their current expected growth as ‘trouble in paradise’ for Europe and North America will push work India’s way.”

Modulus CEO and a globally renowned voice on financial matters, Richard Gardner, said one of the things that India has going for it is that the populace is quite advanced in key areas and the economy is primed for growth. The populace is well-connected and adapted to the digital economy. The global economy will go through some tumultuous times over the next year, but India is in an ideal position for the long term, he said.

Professor Nagesh Kumar said key risks to the growth outlook are posed by possible volatility of oil prices against the backdrop of the Ukraine-Russia war and the OPEC production cuts, and further worsening of the Covid pandemic requiring lockdowns.

Another headwind for India is arising from the hardening interest rates in the United States as the Fed is unwinding the easy money policy rather aggressively, he added. Given India’s high exposure to the short-term capital flows by FIIs, the rising interest rates in the US are leading to their outflows, in turn destabilising the stock markets and putting pressure on the exchange rate of the rupee against the dollar, which has crossed Rs 83 recently. But he also added that he doesn’t think a repeat of the 2013-14 type of situation (taper tantrum) is likely, given the sizable forex reserves of around US$ 550 billion.

Can Online Gaming Console the Tech Industry Amid Layoffs? Experts On How Situation May Play Out