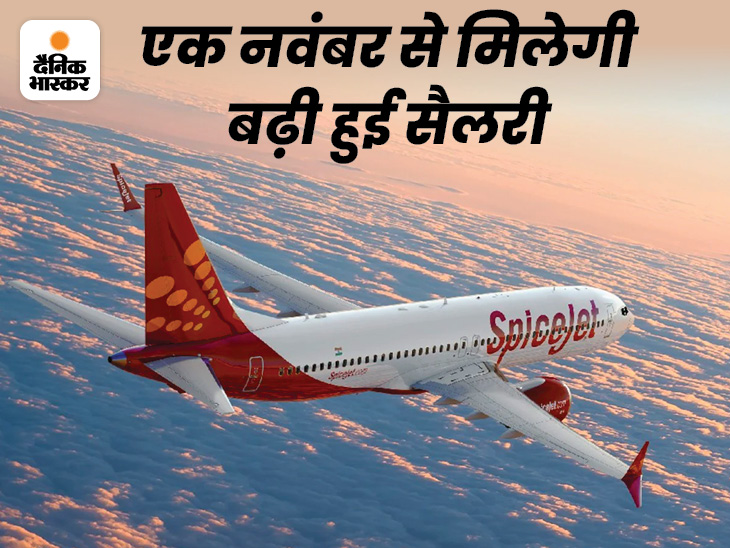 SpiceJet has revised the salary structure of the captain of his company before Diwali and has given him an increased gift. The company has increased the monthly salary of captains flying for 80 hours by 55%.

October 2022 salary hiked by 22%
A SpiceJet spokesperson said, “The salary of a captain who has flown for 80 hours has been increased by up to Rs 7 lakh. SpiceJet has increased the salary of pilots on a monthly basis. Hiked up to 22% in his salary for the month of October.

80 pilots sent on leave for 3 months
Despite all this, SpiceJet sent around 80 of its pilots on a 3-month leave. SpiceJet is not paying any salary to its pilots for these holidays. SpiceJet had said, “This decision was taken for a temporary period keeping in mind the cost of the company.”

Petrol Price Over Rs 100 in Mumbai, Kolkata; Check Petrol And Diesel Rates In Your City