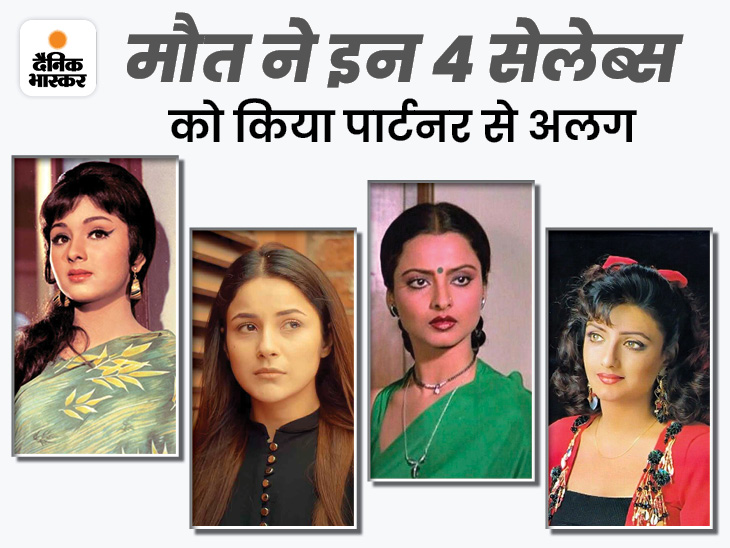 Bollywood celebs are often seen giving couple goals. At the same time, there are some who break up, then someone gets divorced after marriage. But this list also includes the names of some celebs, who have lost their partner at an early age. Those celebs had to bear the pain of losing their loved ones, but despite all this, they moved forward in their lives. From Rekha to Shahnaz Gill, the names of celebs like this are included. Let’s have a look at these celebs-

Shehnaaz Gill’s chemistry with Siddharth Shukla was well-liked in Bigg Boss 13. Even after coming out of Bigg Boss, the discussion was in full swing that both are going to get married. But at the age of 40, Siddharth said goodbye to the world. The actor had died of a heart attack. Shahnaz was completely broken by the grief of Siddharth’s departure. For several days, Shehnaz had distanced herself from her work and social media. Although after some time Shahnaz had returned to work, but even today the sorrow of Siddharth’s departure is clearly visible in her words.

After separating from Amitabh Bachchan, Rekha married businessman Mukesh Agarwal in 1990. This happiness of Rekha was also only for a few days. After 3 months of marriage, it came to know that Mukesh had a mental illness, due to which Rekha got away from him. The marriage did not even last 1 year and Mukesh committed suicide by hanging. After this accident, Mukesh’s family had blamed Rekha.

Actress Leena Chandavarkar, who made her Bollywood debut with the film Mann Ka Meet, married Siddharth Bandodkar in 1975. Siddharth was shot dead a few days after the wedding. After this, she again married actor and singer Kishore Kumar in 1980. After 7 years of marriage, Kishore Kumar died due to heart attack. Leena was only 37 years old at the time of Kishore’s death.

Shantipriya was seen in the film Saugandh opposite Akshay Kumar. After this she married actor Siddharth Ray in 1999. Siddharth did many Hindi and Marathi films. Siddharth died in 2004, just 5 years after their marriage. At that time the age of the actress was only 35 years.

India now has over 396 million gamers, 2nd largest in world