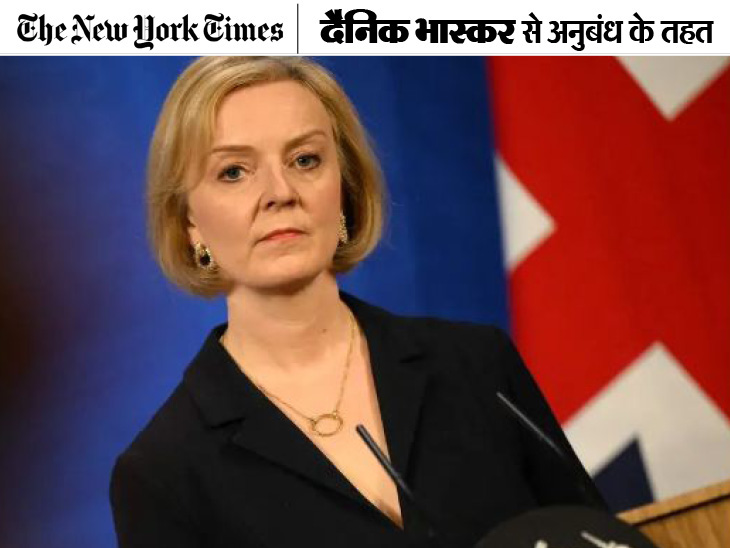 It’s been a little over a month since Liz Truss became the Prime Minister of Britain. The decisions taken during his tenure so far do not appear to be wise. It seems as though Britain is riding a roller coaster of folly.

Just look at his mini budget, it destroyed the market. The British pound fell to the ground in a hurry. She was promising a tax cut for the rich section, it would put the economy in a worse situation.

surrounded by her own party

drowned the party
Also take a look at recent polls and approval ratings. Liz Truss comes from the Conservative Party. The opposition Labor Party was ahead by 33 points in recent polls. Even more surprising is that the approval rating of the Prime Minister himself went down to minus 47. The country was already in trouble.

On Friday, the situation looked from bad to worse. Liz dismissed her friend, Chancellor and Finance Minister Kwasi Warteng, from cabinet. After this put Jeremy Hunt on this post. Hunt is the master of will and has previously disappointed him in this role.

fear of no-confidence motion
It is believed that a no-confidence motion has been prepared against Liz. Conservative Party MPs have again started talking about changing the Prime Minister. However, this is possible only after changes in the rule book of the party. Maybe they’ll get it for a year. It may also happen that he does not have the power of the Prime Minister. The same thing happened when Boris Johnson was fired.

However, whatever the circumstances may be, but one thing is certain and that the prime ministership of Liz Truss is over. Even if she remains in the post, she will not be able to take big decisions.

Rishi Sunak of Indian origin was the finance minister in the Boris Johnson government. Johnson’s chair was under threat only after his resignation.

12 years in power, now difficult
The Conservative Party has been in power for 12 years. During this period, difficulties like Brexit, epidemic and division of people came to the fore. Some decisions were taken which were against the sentiments of the people. Johnson was responsible for this and imposed Liz on the go. The strong economy is now very weak. The decisions were also criticized at the international level.

Now jokes are being made on Liz. They are being called dustbins. There was no longer any confidence in his leadership. Johnson and now Liz Truss. Now the UK really needs a right-minded leader. Eventually the truth will come out. For the time being, all we want is that Liz Truss has failed as prime minister.