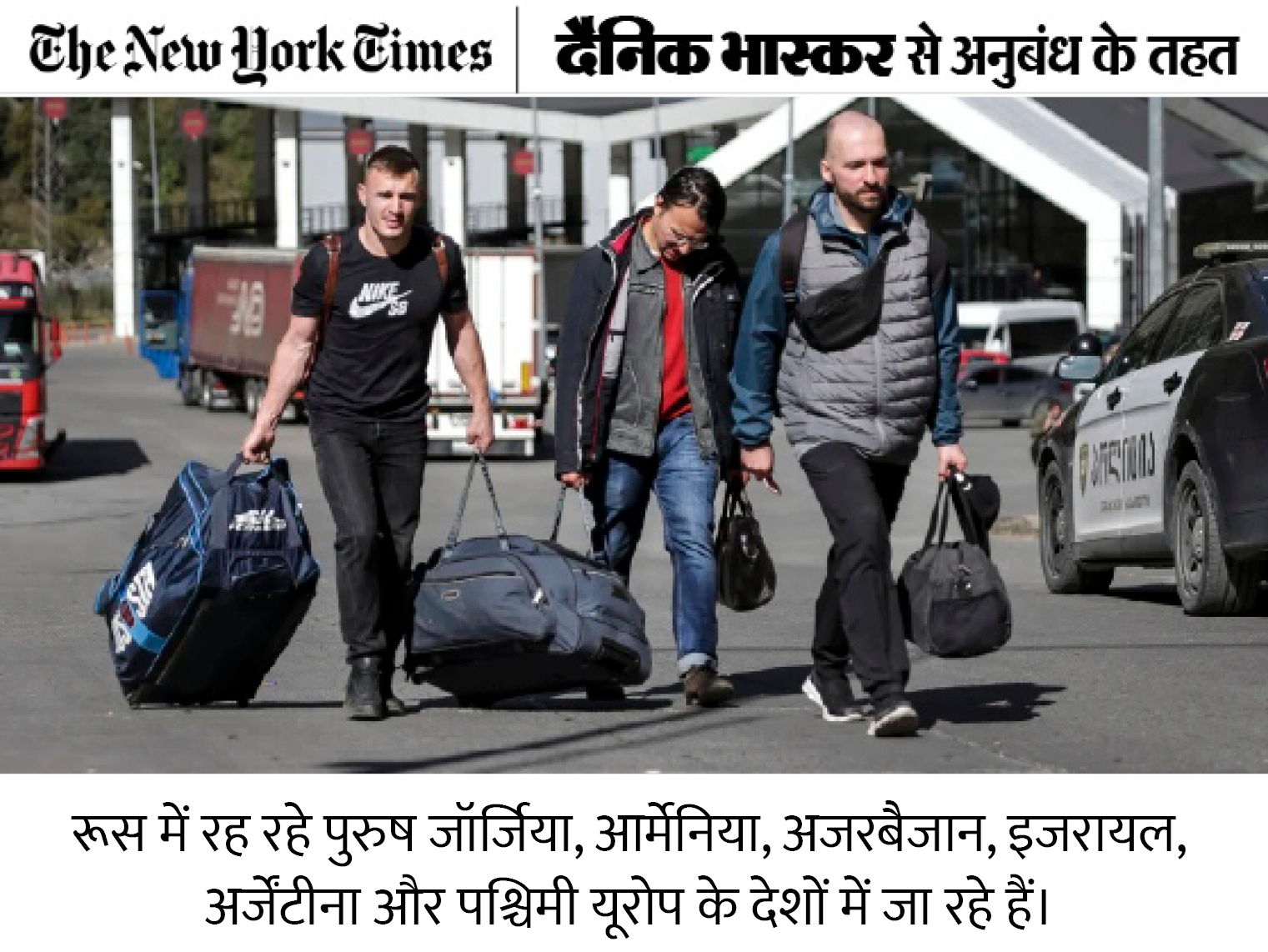 Moscow with a population of 12 million looks a bit empty. The restaurant is not as crowded as before. The shops are vacant. There is silence on the streets. Even among those who are visible, there are women only. Men have just disappeared. In fact, a large population of men missing from the Russian capital have gone to the war with Ukraine. Some have left the city for fear not to be thrown into this war.

Russian officials believe that 200,000 Russians have fled to Kazakhstan because Russians do not need passports to go here. In addition, many Russians have arrived in Georgia, Armenia, Azerbaijan, Israel, Argentina and countries in Western Europe. The series is still continuing.

The Russians started leaving the country as soon as the war with Ukraine started. Those who had opposed the war later fled for fear of being imprisoned.

Men leaving the country after Putin’s order
Olya, manager of a salon in the capital, says, Half of our customers have left the country. The male barbers have also left here. He left the country to escape President Putin’s campaign to send men to war. Those who remain are not seen on the streets in fear that they may be served a notice to go to war.

Documents of men are being checked outside metro stations. Olya’s boyfriend has also left the country. Women in Moscow report that their male companions have left the country. Some are preparing to leave. She does not want her full name to be taken. They fear that if their identity is exposed, they will have to face the consequences.

fear of border sealing
Now the fleeing people also fear that the borders will be sealed if President Putin imposes martial law. They will be stuck in Russia. Recently Putin announced that 2 lakh 20 thousand people have been prepared to go to war.

The 33-year-old photographer Stanislava says, ‘Russia seems to have become a country of women only. Only women are seen in the metro. We just celebrated birthday. There were only women in it. She is left here alone with the responsibilities of her children and elders. In awe whether her husband will return alive or not.

Dating apps download increased in countries where Russian men arrived
After fleeing Russia, these people have become active on dating sites in the countries they have reached. Dating app Mamba’s downloads have increased by 135% in Armenia. Georgia and Turkey have 110% more downloads, while Kazakhstan has 32% more downloads.