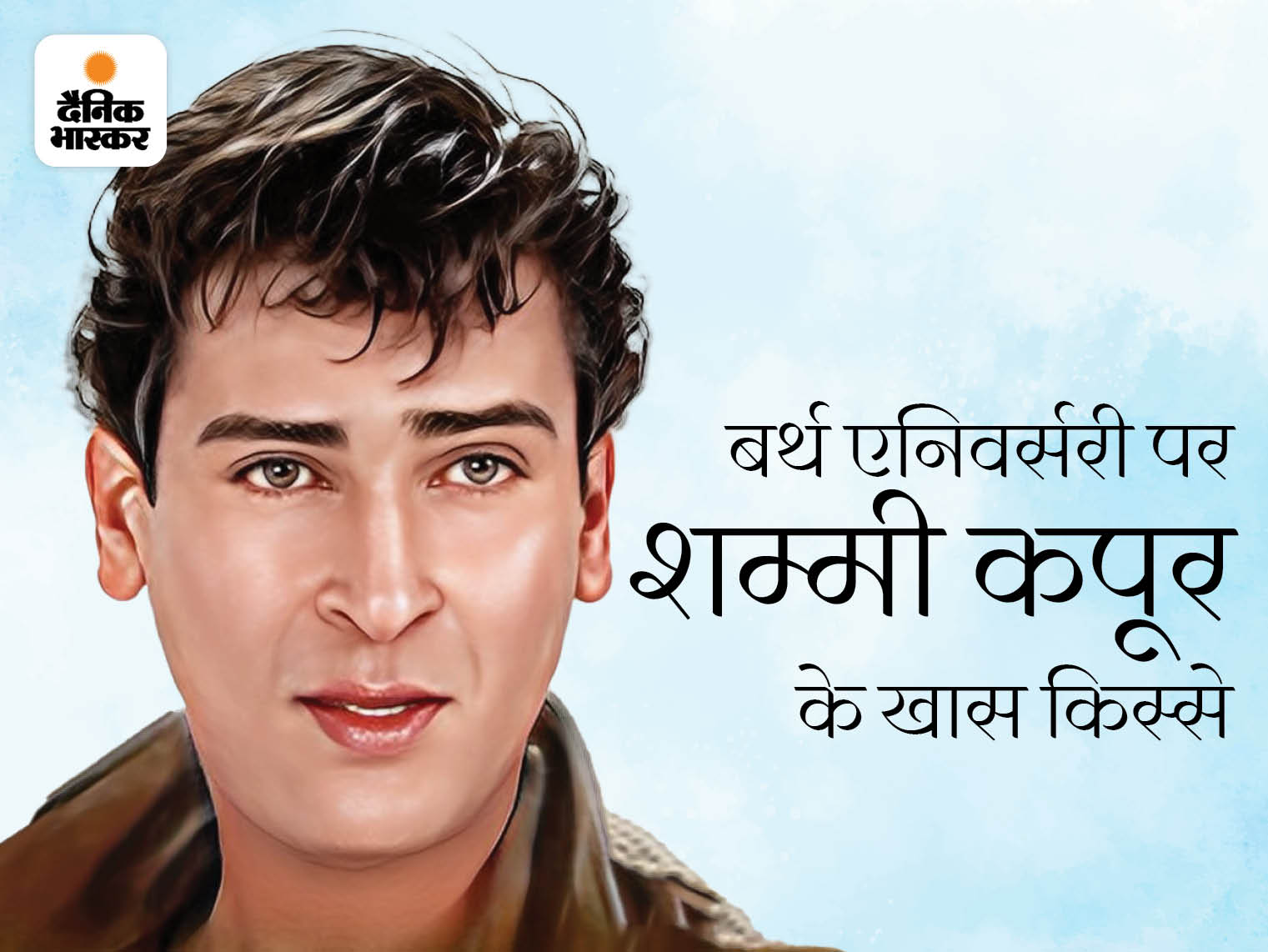 Today i.e. October 21 is the birth anniversary of legendary actor Shammi Kapoor. The actor was born in 1931 in Mumbai. Having a film background, Shammi soon became a part of the Bollywood industry. Shammi Kapoor was an actor who had romanced on screen with many beauties during that period. But that period of his career was the most special, when he worked with Madhubala in the film. Shammi, who romancing the beauties onscreen with great beauty, was crazy about Madhubala’s beauty. Once it happened that seeing the actor Madhubala forgot his dialogues.

Shammi mentions Madhubala in autobiography
Shammi Kapoor has mentioned in his autobiography how he first met Madhubala on the sets of the film Rail Ka Dabba. Seeing Madhubala, the actors could not even take their eyes off her, seeing her for the first time felt as if someone had injured her beautifully. Seeing Madhubala, Shammi became very nervous, due to which he was repeatedly forgetting his dialogues. Madhubala understood that Shammi was nervous, after which the actress herself helped her to remember the lines.

Shammi drank beer at the behest of Madhubala
In an interview given to BBC, Shammi had revealed that- he started drinking beer at the behest of Madhubala. When he got a chance to do the film Rail Ka Dabba with Madhubala, he was very happy. At that time Madhubala was counted among the most talked-about actresses of the film industry, while actor Shammi used to be thin during that period.
Once Madhubala said to him- ‘You are so thin that I do not look like your heroine, I look like something else. You gain weight.’ Hearing this, Shammi started drinking alcohol, so that her weight could increase.

Shammi was convinced of Madhubala’s beauty
Shammi Kapoor loved music and dance. He often used to practice his acting by giving expressions in front of the moon at night. He had told that while looking at the moon on the roofs, I used to give my expressions with the music playing. Whatever the music, I used to remember someone while looking at the moon, it was Madhubala. To be honest, I have never seen a beautiful girl like Madhubala in my life.

shammi kapoor love story
Shammi Kapoor’s love life was also no less than a film. The actor was just 23 years old when he married Geeta Bali, one of the famous actresses of that era. The two first met on the sets of the film Coffee House. After this both of them worked together in the film Rang Raaton, during which both of them fell in love with each other.
The marriage of both was also very interesting. Suddenly both of them decided to get married. When the couple reached the wedding temple, they did not have vermilion to fill the demand. At that time Geeta Bali gave her lipstick to Shammi, after which Geeta’s demand was filled with lipstick.

Geeta died due to small pox
Both stayed with each other for a long time. Shammi Kapoor was at the peak of his career. The actor became a superstar after films like Rajkumar, Junglee and Kashmir Ki Kali. Suddenly in the year 1965, Geeta got small pox, due to which she died. Geeta’s death shook Shammi badly, he became very lonely. For 3 months, Shammi did not go out anywhere for shooting, however after taking a long break, the actor decided to make a comeback in films. Later, Shammi’s family members got him married to Neela Devi.

Memorable movies of Shammi Kapoor
In his career, Shammi worked in many films like Junglee, Rajkumar, Kashmir Ki Kali, Animal, Andaz, Professor and Tumsa Nahi Dekha. His last film was Rockstar. On 14 August 2011, Shammi said goodbye to the world, but his stories are still alive among the fans.