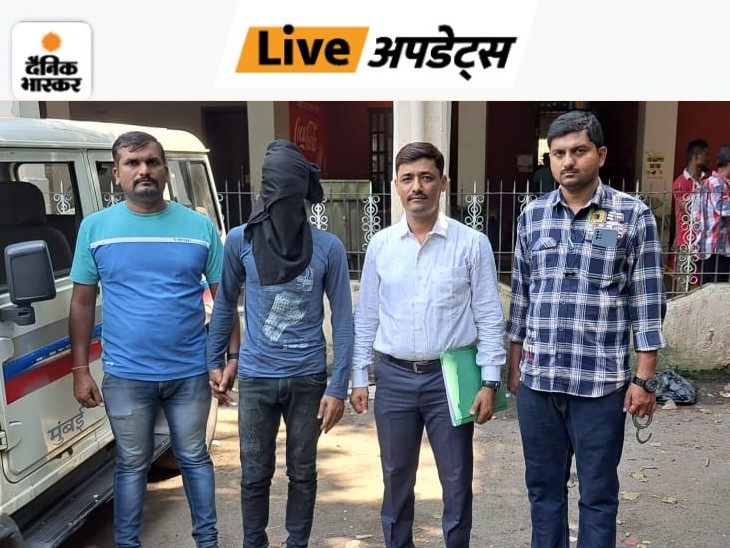 Mumbai Police on Friday recovered 215 grams of MD drugs worth Rs 43 lakh. One person has been arrested in the case. The accused was produced in the court. The court has sent him to police custody. Police said that further investigation in the matter is on.

Earthquake tremors were felt in Manipur at around 9:30 pm. The magnitude of the earthquake was measured at 4.4 on the Richter scale. At present there is no report of any damage due to the earthquake.

A fire has broken out at the God Grace Banquet Hall in Rohini, New Delhi. Amidst the raging flames, many fire tenders are reaching the spot and trying to control it. The cause of the fire could not be ascertained.

Pakistan has got a big relief from the Financial Action Task Force (FATF). The International Monitoring Agency on Friday removed Pakistan from the gray list. Pakistan was included in this list since 2018. Due to which he was not able to get support from the World Bank and other institutions.

Supreme Court’s comment on hate speech, where have we come in the name of religion, this is the 21st century?

The Supreme Court on Friday made a scathing remark on hate speech. The court said that this is the 21st century and where have we come in the name of religion? The kind of cases that are coming out are shocking for a country which should be secular. A petition was filed in the Supreme Court that the practice of intimidation of Muslims in India should be stopped immediately. The petitioner had sought an immediate hearing from the court.

Baroda women’s cricket team bus crashed after colliding with a truck in Visakhapatnam’s Gyanpuram this morning. Four players and the coach were injured in the incident. The injured have been admitted to a private hospital. After treatment the team went to Vadodara.

The Saptakranti Express coming to Muzaffarpur survived the accident, the workers ran away leaving the pole on the tracks, the driver applied emergency brake

A major train accident has been averted in East Champaran. Up Saptakranti Express coming from Delhi to Muzaffarpur narrowly escaped overturning. Some workers were passing through the line carrying poles. Meanwhile, seeing the train approaching, he left the pole on the track in a hurry and fled.

Here, the driver of the train showed a lot of understanding and applied the emergency brake in time. The incident took place near Chintawanpur Kunarpur halt of Muzaffarpur-Motihari railway section. However, still the train dragged the pole for some distance and stopped after going ahead. But, incidentally, no damage was done.

India on Friday successfully test-fired a nuclear-capable ballistic missile Agni Prime (Agni-P) missile. This next generation missile with a range of up to two thousand kilometers was test-fired at 9:45 am in Balasore, Odisha.

According to the Ministry of Defense, the Agni Prime missile accomplished its mission with utmost accuracy during the test. During this, telemetry, radar, electro-optical stations and warships stationed on the east coast tracked as well as monitored the missile. With this test, all advanced technology has been integrated in Agni-P. Prime missile is one of the most advanced missile of Agni series.

A Rudra helicopter of the military has crashed in Upper Siang district of Arunachal Pradesh. The accident happened near Singing village, 25 km from Tuting headquarters. According to the Defense PRO of Guwahati, a rescue team has been sent to the spot. Search operation has been started. The place where this accident happened is not connected by road. Read full news…

UK anchor Krishnan Guru-murthy was taken off air by the channel for 7 days, the minister was abusive

In the UK, Channel 4’s Fesam news anchor Krishnan Guru-Murthy has been taken off air for a week. The anchor has been accused of using objectionable words against a minister. According to media reports, Krishnan Guru-murthy had abused British minister Steve Baker in his show. However, after being offered, he has apologized. He himself reached out to Steve Baker to say sorry. “Whatever I have said against the minister has not been telecasted,” he said.

Police in Kolkata have detained TET pass candidates protesting outside the Education Board office. The protesters say that in 2014, the government had conducted a test for the recruitment of teachers. Now the government is not giving appointment to the passing candidates. A large number of people were protesting for the last several days demanding appointment letters.

After the protesters were detained, BJP state secretary Priyanka Tibrewal said that we will fight for them in the court.

Congress leader and former Home Minister Shivraj Patil has compared the teachings of Gita to Jihad. Patil said that jihad is not only in the Quran, but there is jihad in the Gita as well, there is jihad in Jesus as well. Patil has given a controversial statement at a book launch program in Delhi on Thursday.

Shivraj Patil comes from Maharashtra. He has been a Member of Parliament from Latur. The seat is occupied by the BJP since 2014.

Kharge, elected Congress President, changed his Twitter bio, will take over on October 26

Mallikarjun Kharge, elected Congress President, has changed his Twitter bio. Now it is written ‘President: Indian National Congress’. Kharge has won the election of Congress party president on Wednesday itself. Kharge will take over on October 26.