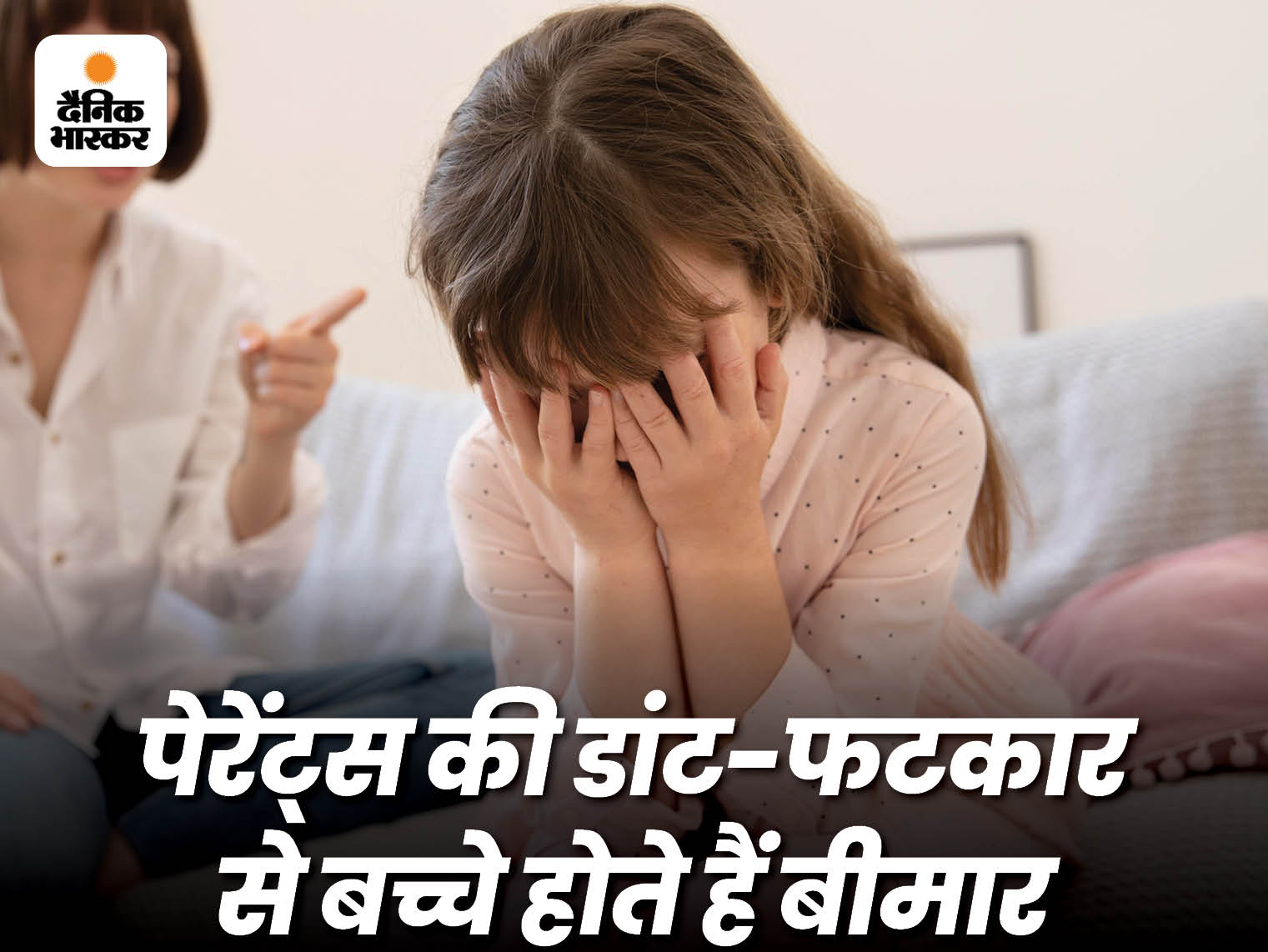 Teach children discipline, but with a little love. The strict attitude of the parents from the very childhood keeps the children under stress and makes them a victim of depression. It has a profound effect on their mind. They can be mentally ill forever. New studies have shown that strict parenting causes children to lose their self-confidence. Even when they grow up, they can’t get over it.

scolding can change the DNA of children
It is normal to scold children for their wickedness, but always taking a strict attitude towards them affects their mental health in the long run. If parents always deal strictly with their children, then it can affect the DNA of the child. A new study from the University of Leuven in Belgium has shown that a parent’s persistently rigid attitude can alter a child’s DNA.

Scientists have discovered 4.50 lakh spots in the DNA of all the children involved in this study, which are affected by parental scolding. Professor Christiaan Winkers from the University of Amsterdam Medical Center explained that stress affects the regulatory mechanisms of DNA methylation. It also exposes old and forgotten tensions.

Children get sick from strict parenting
The scientists involved in this study claimed that children who have gone through strict parenting are unable to make friends even when they grow up. It is difficult for such children to connect emotionally with people. They remain cut off from the society. They are not able to do much better in studies. After the findings from the research, scientists tried to explain that strict parenting from childhood also affects the physical health of children. They start getting sick. The effect of this is felt by the child throughout his life.

When scolded in front of others, the child becomes stubborn
Do not scold children in front of others. Do not even give corporal punishment like hitting and beating in front of others. They consider it an attack on their honour. Due to this children become stubborn and angry. His behavior starts changing. They start hiding things from their parents. He starts venting his anger somewhere. Gradually they also become violent.

children suffer from mental stress
These days one in 10 children in America is suffering from mental stress. Scientists conducted this study on 23 boys and girls in Belgium between the ages of 12 and 16. In this, the children told that the parents behave strictly. Sometimes parents also give them corporal punishment.