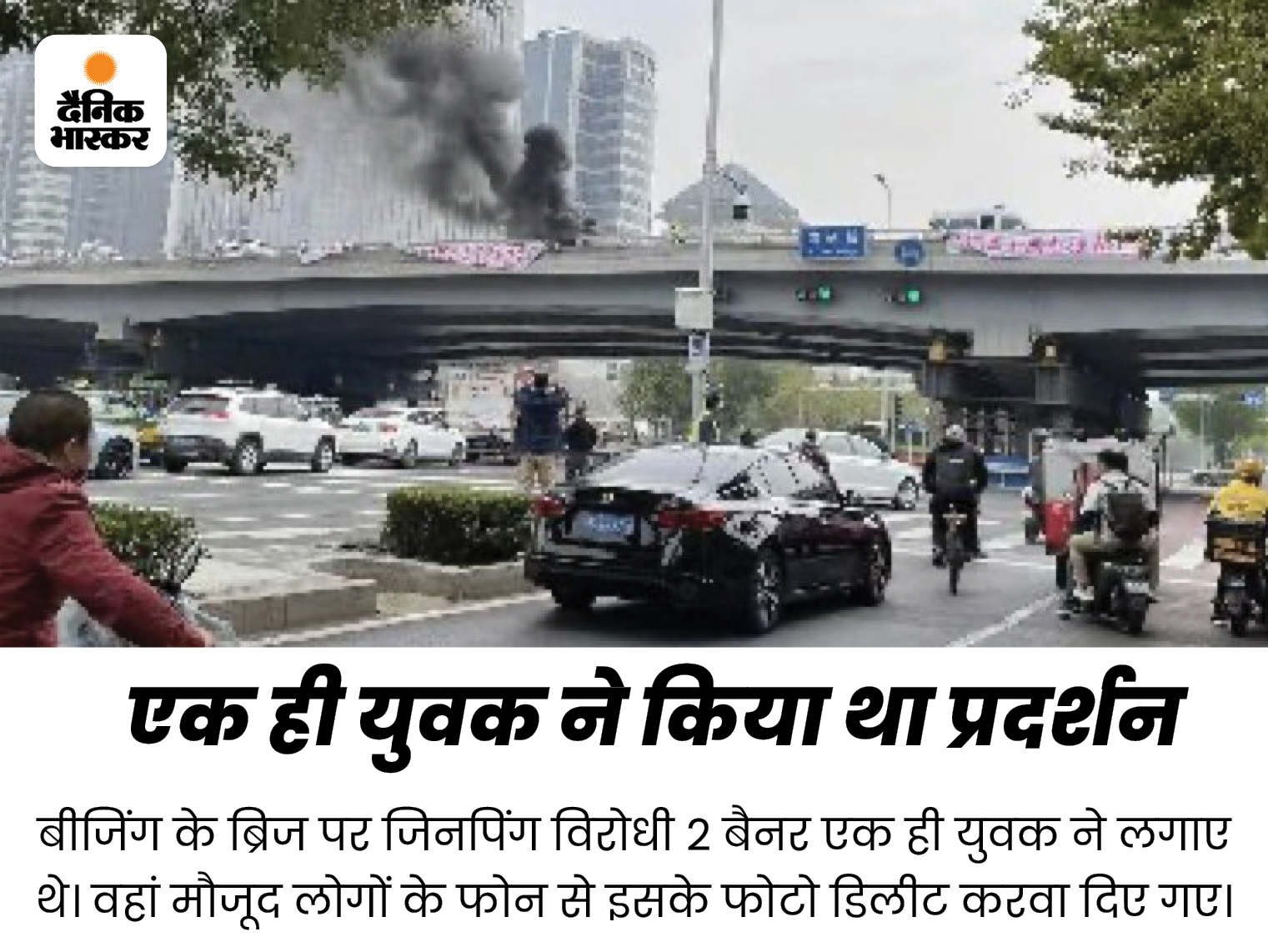 On October 16, three days before the start of the China Communist Party (CCP) Congress, demonstrations were held in the capital Beijing against the government, and especially against President Xi Jinping. A young man had put up two banners and also burnt a tire on a busy overbridge in Beijing. It was written in these banners that Jinping is a dictator.

News agency ANI quoted the Geneva Daily News Paper making this claim on Wednesday. The Geneva Daily has given information about this demonstration citing its sources present in Beijing.

It is being claimed on social media that banners were put up against Jinping on this overbridge in Beijing.

President Xi Jinping arrives at the 20th Congress on Sunday. He talked about grabbing Taiwan by force here.

strict from 2020
According to the report, strictness is being taken on those who raise their voice against the Chinese government since April 2020. These people had expressed suspicion of leaking the virus from Wuhan on social media.

There is a high alert in China due to CCP. It is believed that when the CCP Congress ends on October 22, Jinping will be announced for the third term. He gave a long speech on 16 October. Since then, the media has not been informed about this meeting. The official newspaper Global Times is also silent.

Several police vehicles are stationed at the Beijing overbridge where the protest against Jinping took place. People of police and intelligence agencies in plain clothes are keeping an eye on every move. The people present there who had taken photos of these incidents were deleted. Some people’s WeChat accounts were frozen.

Bank holidays December 2022 updates: Bank branches to be closed for up to 14 days in December; check City-wise list