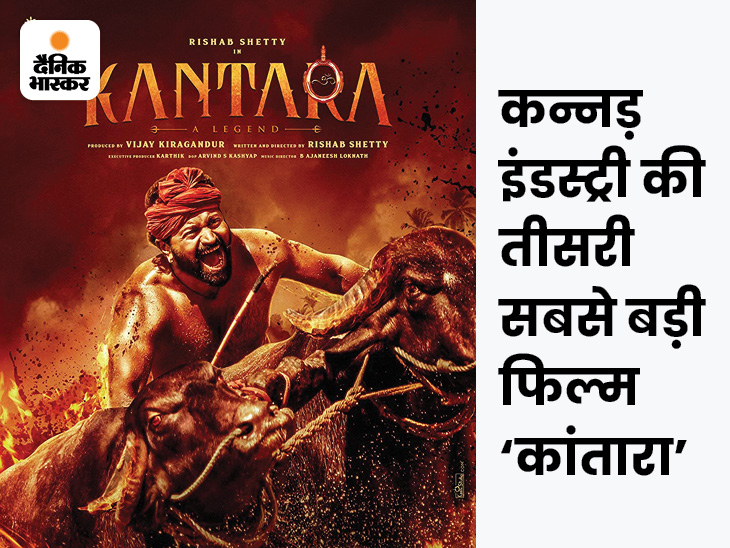 Rishabh Shetty starrer Kantara is making new records every day. The dubbing versions of the film are also showing very good performance. The film is doing very good business globally. Now this film has become the third highest grossing film of Kannada industry. In terms of earnings, Kantara is now behind only KGF Part 1 and KGF Part 2. Kantara has surprised everyone by earning 171.41 crores worldwide in just 20 days of its release.

Kantara has left behind the big films of Kannada cinema. It has left behind films like Vikrant Rona, James and 777 Charlie. Now there is only KGF Part 1 and KGF Part 2 ahead of it. If the pace of its earnings continues like this, then it may be that in the coming days it can also break the records of Lifetime Collection of KGF Chapter 1. KGF Chapter 1 did a lifetime collection of 240 crores.

Earn good money in other languages ​​too

Seeing the tremendous performance of the film in Kannada language, the makers of the film released it in other languages, the result of which was quite spectacular. The film has earned 10 crores in 4 days only in Hindi language, apart from Hindi, the film has also been released in Tamil and Telugu. Now it is estimated that the film will soon join the 200 crore club.

The box office collection of Kantara, made under the direction of Rishabh Shetty, has given sleepless nights to the critics as well as the filmmakers. Despite the small budget, the film has surprised everyone by doing such a huge business. Recently, film director Ram Gopal Varma has said that watching this film will give sleepless nights to many big filmmakers. Apart from this, the film has also got the best rating on IMDb. Kantara has made a record of becoming the best Indian film by securing a rating of 9.4 on IMDb.