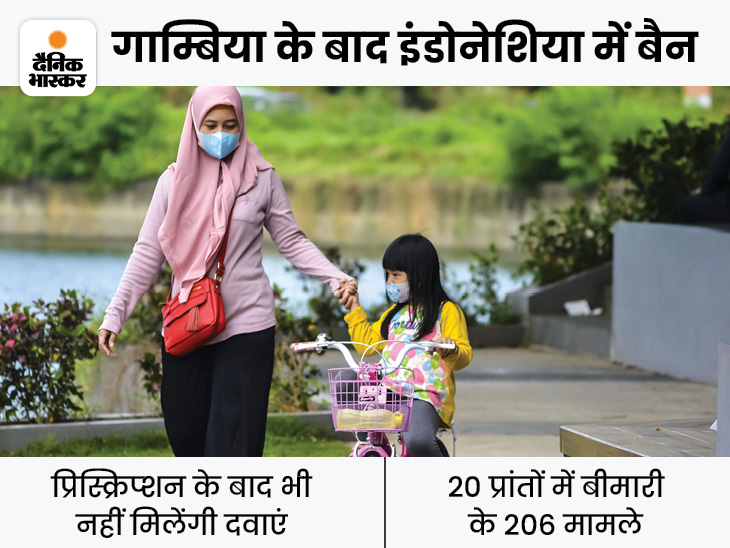 Indonesia on Wednesday banned the sale of all syrups and liquid medicines in the country. The government has taken this decision after the death of 99 children. According to the information, these children were given liquid medicines and it is suspected that the children had Acute Kidney Injury (AKI) due to these liquid medicines. Since the beginning of the year, 206 cases of the disease have been reported in 20 states.

Government ordered an inquiry
Mohamed Sayaril Mansoori, spokesperson of Indonesia’s Health Ministry, said – The government has asked all hospitals, health workers and medicine shops in the country not to sell syrup for the time being. Now these medicines will not be able to be bought despite having a prescription.

The cases which started coming in from January this year increased significantly till the end of August. After this, the Health Ministry and the Pediatrician Association formed an expert team and started investigating the matter. At present, 65% of the patients of the disease are being treated in the capital Jakarta.

Cases also reported in Gambia
About two weeks ago, after the death of 66 children in Gambia, the World Health Organization (WHO) had issued an alert regarding 4 cough-syrups made by an Indian pharmaceutical company. WHO had said that these products do not fully meet the standards. Using them can put children at risk. The investigation of this case is going on in India.

Indonesia not related to Gambia case
Indonesia’s Food and Drug Agency says that cough syrups sold in The Gambia are not sold in the country. Also the ingredients present in it are also banned in Indonesia. These ingredients will no longer be found in any child medicinal syrup sold in Indonesia.

Wait, What? McDonald’s In Poland Gets A Winter Makeover – See Pics