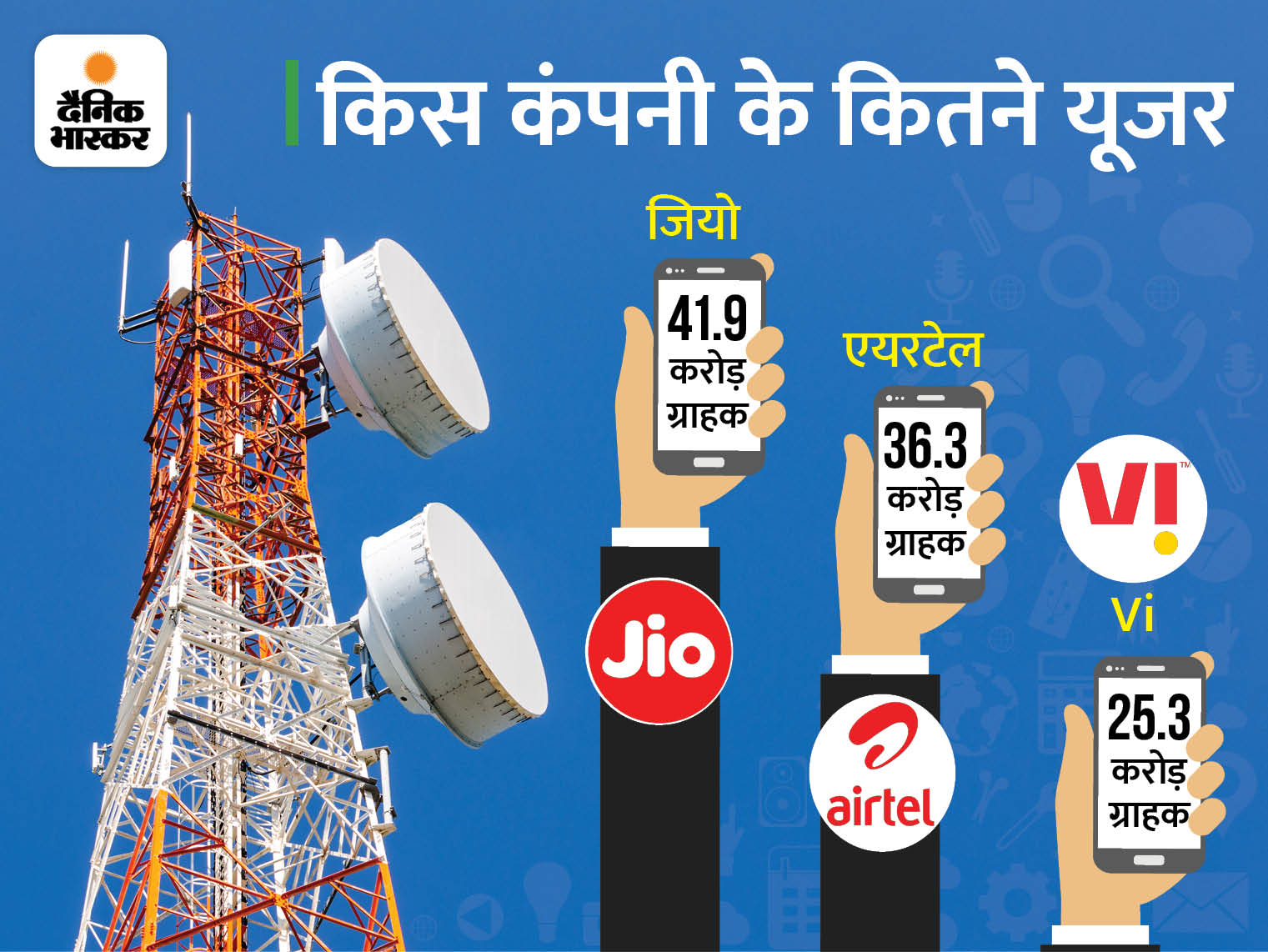 After the launch of 5G, the dominance of Reliance Jio and Airtel in the telecom sector is increasing rapidly. According to the Telecom Regulatory Authority of India (TRAI), Jio has added 32.8 lakh new users to its network in August. With this, the number of users of Jio network has increased to 41.92 crore. Earlier in July, Jio had added 29.4 lakh new users to its network.

At the same time, the users of Vodafone Idea are continuously decreasing. Vodafone-Idea company’s 19.58 lakh users have left the network in August. With this, the total number of users of the company has come down to 25.31 crores.

Jio number one even in wireline service
The country’s leading private telecom company Reliance Jio in August became the country’s largest fixed-line service provider, overtaking state-run Bharat Sanchar Nigam Limited (BSNL). According to TRAI, Jio’s wireline (fixed line) subscribers reached 73.52 lakh in August, while BSNL’s user base stood at 71.32 lakh. With this, the number of wireline subscribers in the country increased to 2.59 crore in August, from 2.56 crore in July.

Govt Recognises 84,102 Entities as Startups as on November 30

EPIC Plan! Odisha Aims to Be a Hub of Electronics and Semiconductors | Here’s How