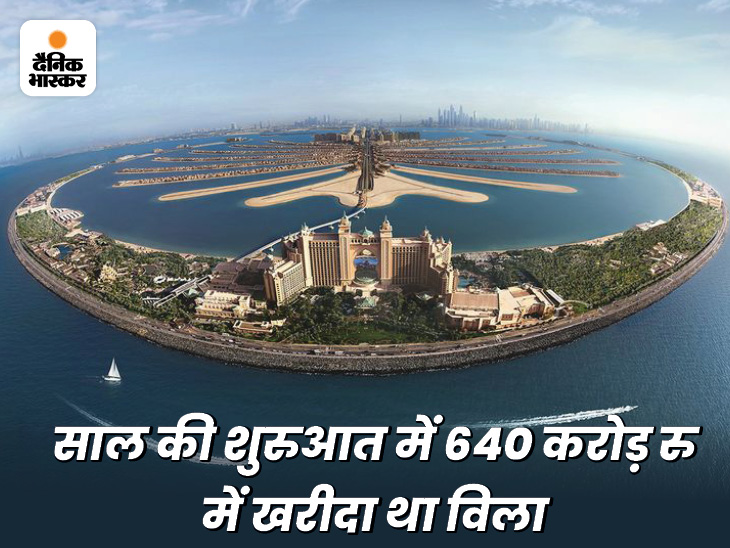 Reliance Industries Chairman Mukesh Ambani has now bought another new property in Dubai. According to reports, Mukesh has bought another beach-side mansion in Palm Jumeirah, Dubai itself for around Rs 1,354 crore ($163 million). People associated with this deal say that this is the biggest residential property deal in the city till date.

With the purchase of this property, Mukesh Ambani has also broken a record of his own. In fact, earlier this year, Mukesh bought a beach-side villa in Palm Jumeirah for his youngest son Anant Ambani for around Rs 640 crore ($80 million). With this, he became the man to buy the most expensive house in Dubai. Now after buying the mansion, this record remains in his name.

Bought Mansion from Alashaya Family
According to Bloomberg reports, Mukesh Ambani bought this new beach-side mansion in Palm Jumeirah last week from the family of Kuwait-based business tycoon Mohammed Alshaya. This information was received from the Dubai Land Department. However, no statement has come out from Reliance and Alshaya regarding this deal so far. Alashaya Organization runs local franchises of brands like Starbucks, H&M, Victoria’s Secret.

These photos are from the beach-side villa of Anant Ambani’s Palm Jumeirah. Photos of Mukesh Ambani’s new mansion have not surfaced yet.

80% foreign nationals in UAE
At present, more than 80% of foreign nationals live in the UAE, with a population of about 9 million. Working in the private sector, these people invest in UAE property and shopping. These people have played an important role in boosting the economy of the country. Indians have always been at the top when it comes to buying property in Dubai. According to Knight Frank’s Global Index, property prices in Dubai have risen by up to 70% at the end of September.

Ambani is the 8th richest man in the world
According to Forbes’ Real Time Billionaires List, 65-year-old Mukesh Ambani is the 8th richest person in the world with a net worth of Rs 7.33 lakh crore ($88.5 billion). He has three heirs to his property, Akash, Anant and Isha Ambani. They are slowly handing over the reins of their empire to the children.

Bought a house worth 631 crores in UK last year
The Ambani family is expanding its real estate overseas. Last year, Reliance bought a Georgian Era Mansion in the UK from Stoke Park Ltd. The mansion was bought for Rs 631 crore ($79 million) for Akash, the eldest son of Mukesh Ambani. Akash and Anant’s sister Isha are looking for a house in New York.

Can Online Gaming Console the Tech Industry Amid Layoffs? Experts On How Situation May Play Out